A production version of the RX-Vision Concept could be cool, but don’t get your hopes up quite yet.

Rumors from several Web sites in Asia claim that Mazda intends to debut a rotary-powered sports coupe called the RX-9 at the Tokyo Motor Show in October, and the model would allegedly go on sale in 2019. Unfortunately, none of these sources cite where these details come from, so we must treat these claims with a heavy dose of skepticism.

The RX-9 takes liberal styling cues from 2015’s RX-Vision concept (pictured above). The vehicle allegedly uses Mazda’s newly patented rotary engine design that turns the layout 180 degrees from traditional applications. The switch moves the exhaust ports to the top of the powerplant for easier packaging of the exhaust manifold and the presumed turbocharger. The mill would allegedly make in excess of 400 horsepower (298 kilowatts). The model’s overall weight would also be low at around 2,866 pounds (1,300 kilograms) to 2,976 pounds (1,350 kg). For reference the current MX-5 Miata tips the scales at 2,332 pounds (1,058 kg) in softtop guise or 2,445 pounds (1,109 kg) as the RF retractable hardtop.

These reports suggest the RX-9 could be Mazda’s most expensive vehicle ever with prices between 8 million and 10 million yen ($71,150 and $88,950 at current exchange rates). If accurate, the cost means the RX-9 would be cheaper, but also less powerful, than Japanese halo models like the Nissan GT-R and Acura NSX, which each carry six-figure prices.

The timing makes this rumor seem a little more likely because it’s the 50th anniversary of the Mazda Cosmo’s original premiere at the Tokyo Motor Show. The company could commemorate the birth of its rotary legacy by introducing the RX-9 there. This is at least wishful thinking.

Mazda has also been dropping tiny hints about a debut of something special at the Tokyo show. For example, the company’s newsletter Zoom Zoom: “And the story’s not over yet. Without the rotary engine, there would probably be no Mazda. And without Mazda, the rotary engine certainly wouldn’t have been in production for nearly 50 years.”

The factor that makes us question this evidence is that Mazda CEO Masamichi Kogai says that a sports car above the Miata isn’t in brand’s plan. If the boss states that, we have to treat it with some merit. 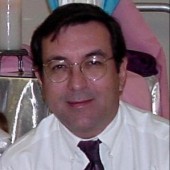